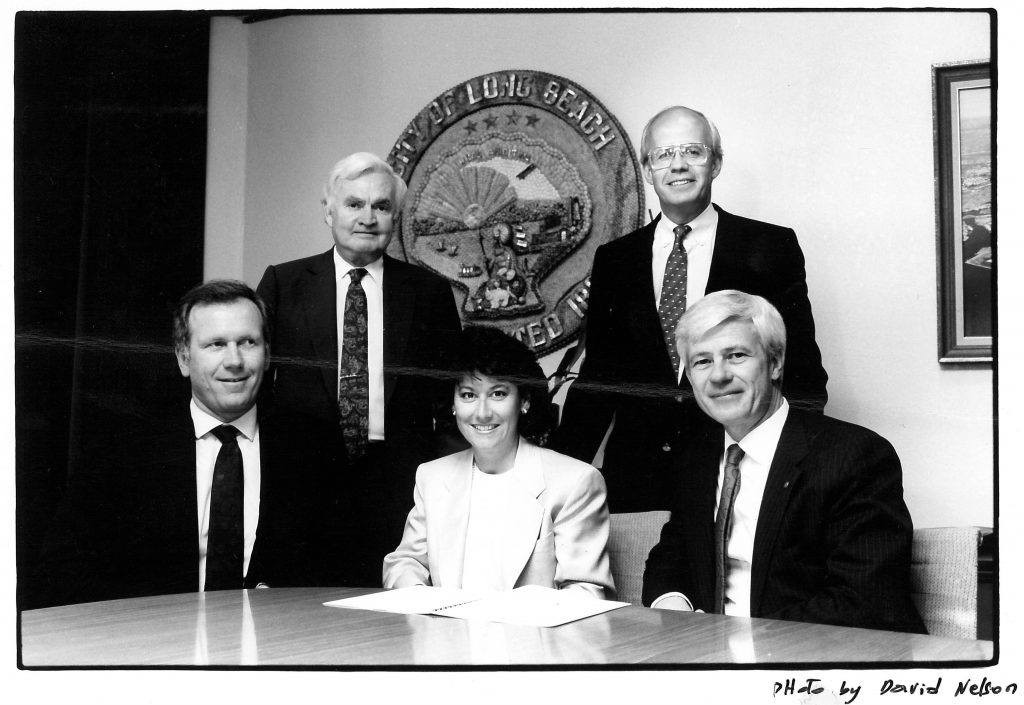 Soon, if all goes according to plan, the city of Long Beach will have a dynamic source of new community leaders. A projected training program called ”Leadership Long Beach” won approval from the Long Beach Chamber of Commerce in late March, and if the anticipated community support is forth­ coming, class sessions will begin on or about the first of November.

Similar yearlong programs exist in about 350 other cities across the nation; most are members of the National Asso­ciation of Community Leadership Organ­izations which operates through the American Chamber of Commerce. The programs receive broad community sup­ port, according to Peter Ridder, pub­lisher of the Press-Telegram and chair of the program’s task force. He is optimistic that the same will happen here.

“Every community needs leaders,” he says. “Long Beach needs more commu­nity leaders at all levels. We have the opportunity to take bright people from business and the nonprofit sector and train them to become more productive in making this a more vibrant commu­nity. The program will improve the quality of life in Long Beach.”

CSULB President Curtis McCray also sits on the task force. Both he and Ridder have served on the boards of directors of leadership programs in other cities. “The thing that pleased me in Jacksonville (Florida), where I was involved,” explains McCray, “was the way students would use each other, once those relationships were formed, to talk about common interests in city problems. It’s a way to reinvigorate the city, to assure that a group of young people are involved, and an extremely important way for a city to advance its case and expand its base.”

Patti Mitchell is a case in point. She was a member of “Leadership St. Pete” (St. Petersburg, Florida), class of 1980. Says Mitchell, “The great thing about the program was the knowledge gained of how the city worked, who the people were who make things happen and what the city’s problems and opportuni­ties were. I could operate more effec­tively in the city–even in my business.”

Mitchell’s classmates included police­ men, doctors, dentists and individuals from social services and the school system. “Those were people I wouldn’t meet normally,” she continues. “You keep those relationships. If I were to go back today, I would be able to call on them for support. You also develop relationships with current community leaders.”

Mitchell is director of marketing and communications at Windes & McClaughry. She and Brent Hunter, Chamber of Commerce president, also serve on the task force. The budget worked out by the group calls for $85,000 to begin the first 25- member program . Projected revenues include $25,000 in tuition fees and $60,000 from foundation grants and major sponsorships. “Whether or not the program goes depends on our ability to get a broad range of community sup­ port,” says Ridder. “And we are looking at major businesses to make financial commitments.”

Trainees will be nominated in almost every case, go through an application process and come from a variety of backgrounds. They will probably not be chief executive officers or those already considered community leaders, but rather individuals who have shown the potential and desire to become involved in the community and who are willing to make a commitment to the program. Instructed by the city’s preeminent authorities, students will be immersed in a wide range of topics including interna­tional trade, media, criminal justice sys­tem, business climate, quality of life, social services, health care, education, and arts and culture.

“When they finish the program, they will have total knowledge of this com­ munity-probably better than almost anyone else in Long Beach-because they will have a complete indoctrination in all aspects of the city,” notes Ridder.

“A young person working for United Way, for example, will recognize what is happening in the schools, at McDonnell Douglas, in politics, crime, the environ­ ment and all those other elements of the city, so that one’s perspective is not iso­lated to her business activity but sud­denly broadened to the city as a whole,” McCray concludes. “It’s civitas.”

Text and photo from article in the May-June 1989 issue of the CSULB Review.

Sorry, the comment form is closed at this time.