On Saturday, June 8, 2019, Leadership Long Beach celebrated its 30th Anniversary with The Night of a Thousand Lights in Downtown Long Beach.

Leadership Long Beach’s 30th Anniversary, Night of a Thousand Lights, began with a VIP Reception at Studio One Eleven. Site hosts Michael Bohn of Studio One Eleven and CityPlace owner Tony Shooshani welcomed the gathering of VIPs, elected officials, partners and supporters to “The Streets” of Downtown Long Beach. The reception showcased the installation of new members of the LLB Honorary Board of Governors by former Mayor Beverly O’Neill.  The new Honorary Board of Governors members are Bob Emigh (LLBI ’03), Nancy Gaines, current Long Beach Mayor Robert Garcia (LLBI ’03), John Glaza (LLBI ’06), Randy Hausauer (LLBI ’02), Olivia Maiser (LLBI ’09), and Woody Sides (LLBI ’02). Everyone in attendance raised their glass for a celebratory toast to the 30 years of Leadership Long Beach. 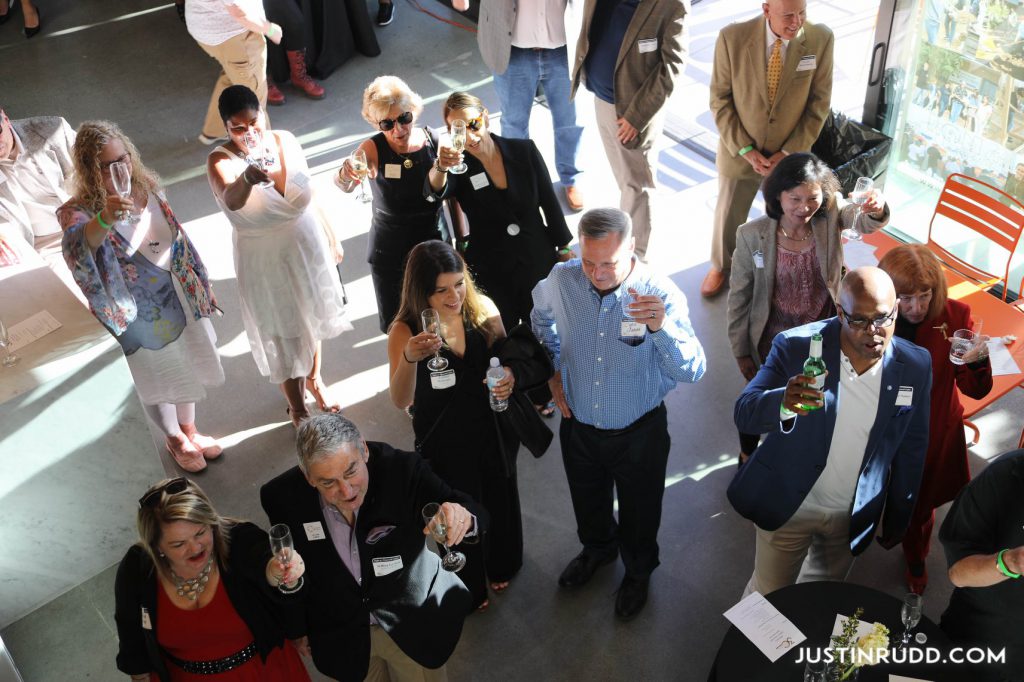 LLB Mural and Path to Leadership 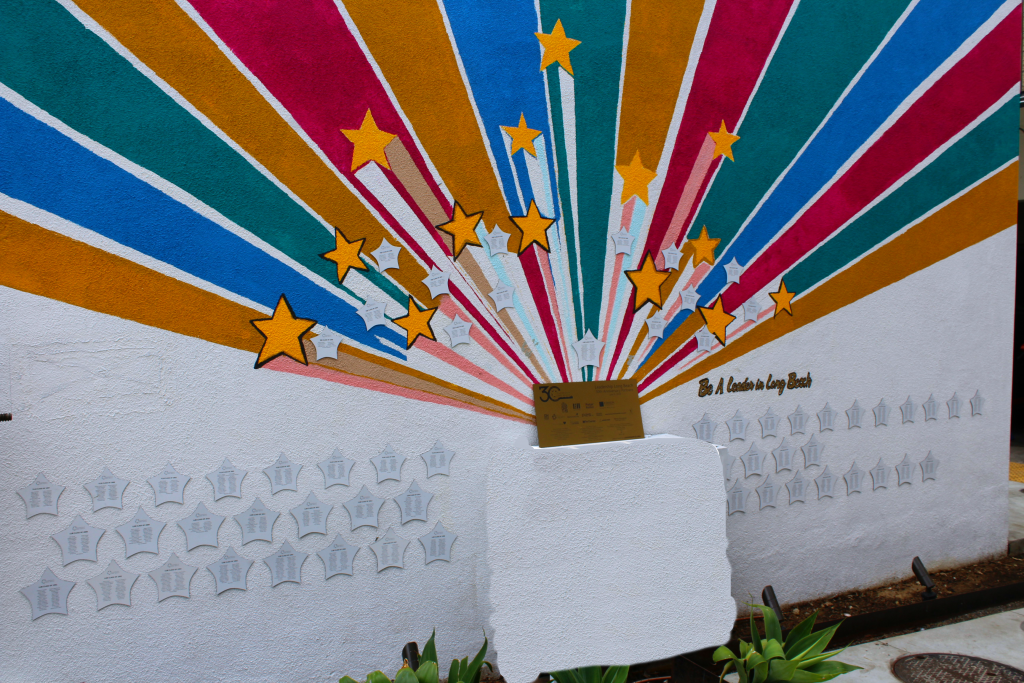 Another signature moment of the Night of a Thousand Lights celebration was the unveiling of the mural on The Streets and the names and classes of the more than 1800 alumni who have gone through the principled programs of Leadership Long Beach. LLB alumni Nicolassa Galvez (LLBI ’12) and Sayon Syprasoeuth (LLBI ’17) created the mural concept and a team of alumni painted the mural during two weekends. A star with alumni names for each Institute, Executive and Youth program is represented on the mural wall. 2019 Institute alumni Fern Nueno and John Bryant hung their class star on the LLB mural. Along with the Path to Leadership principles on the ground of The Streets, this creates a visible recognition of Leadership Long Beach for the community.

Alumni, supporters and partners of Leadership Long Beach enjoyed the ambiance and flow of the celebration on ‘The Streets’ in Downtown Long Beach.

Blocking off the street area just north of the Promenade between Third and Fourth Streets, guests were able to mix and mingle plus sit and chat throughout the evening.  Savory food, drink and desserts were served up by local restaurants.  DJ kept the crowd hyped with music; alumni and groups took photos together at a photo booth.

And thanks to Justin Rudd for taking photos during the event 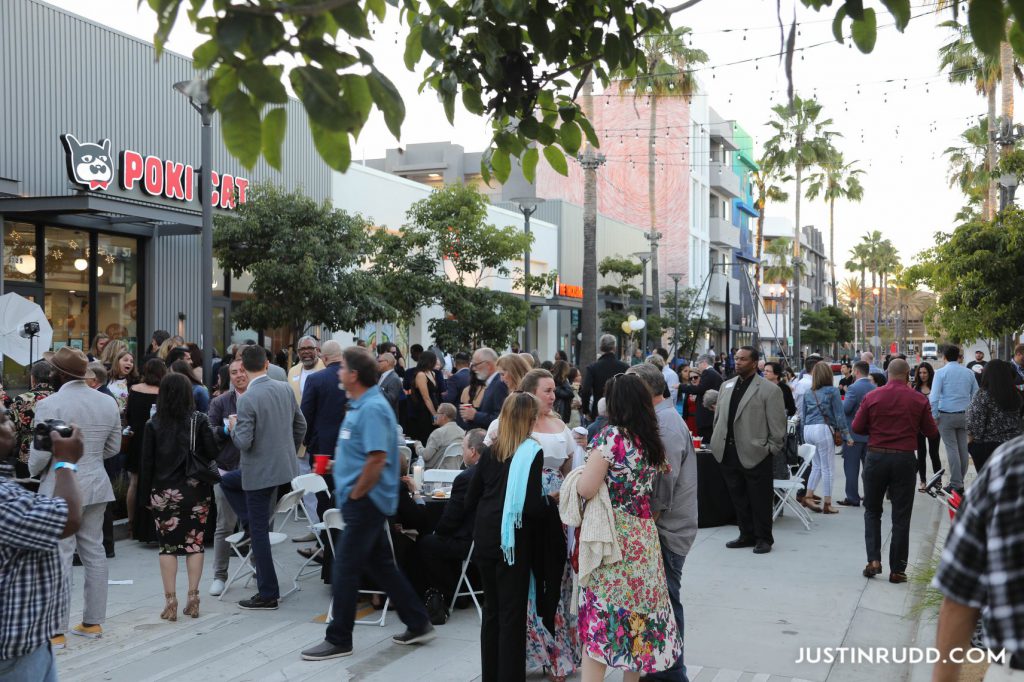 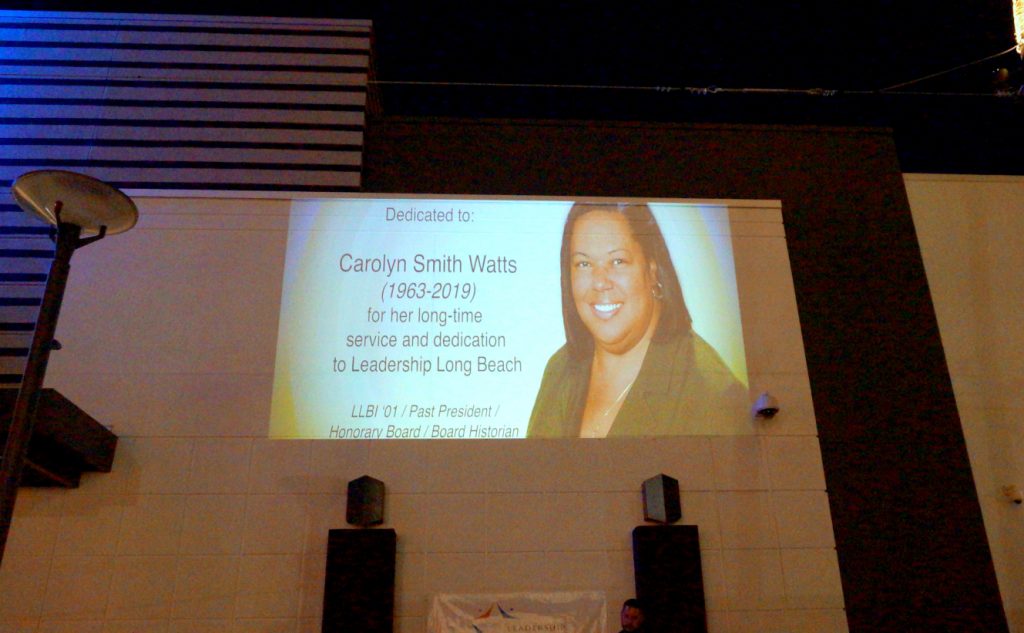 To honor the spirit, passion and devotion she gave to the organization, Leadership Long Beach dedicated the 30th Anniversary Celebration in the memory of Past President Carolyn Smith Watts (LLBI ’01).  For nearly two decades, Carolyn gave unrelenting energy to the organization, its mission and alumni.

Joined by her family and close friends, Vincent Watts, Carolyn’s husband, spoke about her love for the city and organization and how he was happy to share Carolyn with us.  Lori Ann Guzman (EQS ’00) spoke on the sisterhood bond that was shared by her and others and Carolyn’s ability to open up her heart to everyone.  Guests were also able to see the video of Carolyn’s message to Leadership Long Beach for its 30th Anniversary.

With the blessing and support of her family, Leadership Long Beach is establishing and supporting a scholarship in memoriam of Carolyn Smith Watts.

THANKS TO 30TH PLANNING COMMITTEE!

For just over one year, the Team 30th Anniversary Committee met, discussed and planned the best 30th Anniversary Celebration event any organization could have.  This volunteer committee spent countless hours working toward executing a great event for Leadership Long Beach.